The undersea world of my wine cellar

16st 4lb, 6.5 units. I shall always look back fondly on the English summer of 2013. Both days of it, last weekend. We were able to eat no fewer than three family meals al fresco, at the lovely new hardwood garden table we bought last year. 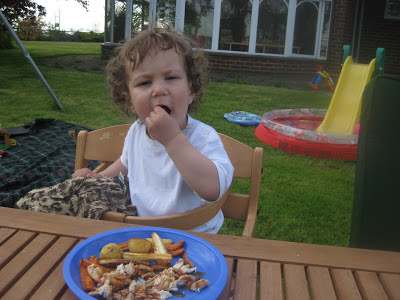 We used it for lunch on the one and only day of summer 2012, then it blew over in a minor hurricane that smashed one of its legs. Amazingly, the handyman who took it away several months ago to try and fashion a replacement returned it just before the sun finally came out on Saturday. In celebration, I cracked open a bottle from the case of the cheeky little rosé I recently bought in uncharacteristically optimistic anticipation of some decent weather. Though I could have saved my money, because our cellar flooded during the torrential rains of a couple of weeks ago and in the course of sorting out the resulting mess I came across a case of the cheeky little rosé I had forgotten buying in spring 2012, and which had naturally survived the whole year completely untouched.

The low point of the weekend for me was somehow dropping my camera into the pool of water on the cellar floor while I was looking for the wine. Luckily the camera was in its case. Unluckily the case wasn’t waterproof. But then luckily again the camera wasn’t powered up at the time it got saturated. It was unfortunate, in the circumstances, that I did not bother to read the Googled advice on “What to do if your digital camera falls into water” until AFTER I had given it a cursory wipe and tried to turn it on. Dear me, no. I should have placed it in bowl of silica gel or dry white rice in a warm place and left it there for a week or so before attempting anything so rash. I have taken that advice now, but strongly suspect that it has been a waste of time and that my camera is comprehensively f***ed. On the plus side, it’s my birthday on Monday and Mrs H had, until this point, been completely stumped as to what she could buy the man who already has absolutely everything.

We went house hunting on both Saturday and Sunday before we settled down in the garden, and were lucky enough to find both the perfect house AND the perfect location. It was just unfortunate that we did not see them in the same place at the same time. Mrs H agreed with me that the 1990s detached house we saw on Saturday ticked almost every box, but it was located close to a main road from which there came a steady hum of traffic. Having lived in my time under the Heathrow flight path in Barnes and on the A4 in central London, I feel fairly confident that I could get used to anything. Indeed, I had a friend who lived sandwiched between the North Circular Road and a curious freight-only railway line on which long trains of wagons filled with rusty nails trundled back and forth all night, stopping only when the first low-flying aircraft took over to maintain the high background noise level in the morning, and he was blissfully happy. Except for the fact that he was nowhere near a shipping lane, which would have completed his set.

The house in the perfect location, a short stroll from The Boy’s new school, was a 1950s semi built as workers’ accommodation by the water board, whose adjacent pumping station is now run and remotely monitored by computers instead of human beings. It was a lovely, peaceful spot. But I strongly suspect that water board employees in the 1950s were not expected to have my taste for collecting books and other assorted junk for which a certain amount of space is required.

If only someone would sell us a perfectly proportioned three storey Georgian house in a manageable garden at 1980s prices, we would be laughing. But that, sadly, looks an even longer shot than enjoying an old-fashioned summer in England any time soon.