This is all your fault, Mummy

Today we lunched at home and took our walk at the far end of the beautiful Breamish valley. It must have been getting on for 20 years since I paid my last (and only) visit to the waterfall called Linhope Spout, but I was conscious that it was pretty and, more importantly, that the three-mile round trip there and back should be within the walking abilities of both the children and our 15-year-old Border terrier.

Though, to be honest, I seriously doubted whether we would actually make it to our intended destination. 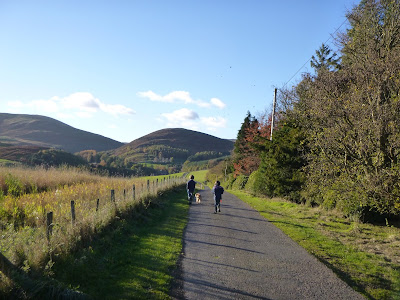 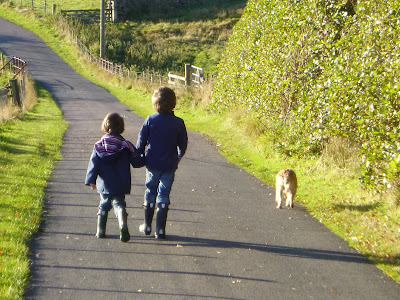 These doubts seemed well-founded when we reached the bridge in the little hamlet of Linhope, about 20 minutes after starting our walk, and the boys noted the water tumbling over a few rocks in the stream below.

“That’s it. We’ve seen the waterfall! Let’s go back!” they announced.

But Mummy was made of sterner stuff than that, and insisted on persevering. So we secured their reluctant agreement to walk up the grassy hill on the path that led away from the tarmac road. Towards the top of this we came to a well-worn sign that read “Linhope Spout ¼”. The inaccuracy of this became clear some way further on, when we passed another sign pointing in the opposite direction that read “Hartside 1”, Hartside being the place where we had parked the car, close to a sign that correctly declared the total distance to Linhope Spout to be 1½.

“Come on, team Hann!” said Mummy, enthusiastically. “It’s only a quarter of a mile! We can do this!”

So we set off, with the expedition naturally dividing into two parts. The first, or pathfinder, group comprised me, my seven-year-old son and heir, and our three-year-old Border terrier. The second consisted of Mummy, the four-year-old child and the aforementioned geriatric dog, who has the turn of speed you might expect from a 105-year-old blind human.

As the ground descended on the approach to the Spout the boy lost sight of me and began to doubt his mother’s sense of direction.

“Mummy, we need to go straight on!”

“No, no, no! You’re going the wrong way! We’re lost! Lost in the hills! I’ll never see Charlie or my house ever again! Ring Daddy!”

“Oh for God’s sake don’t tell me you’ve forgotten to bring your phone!”

“This is all your fault! If you hadn’t walked so slowly we wouldn’t have lost them in the first place!”

And so on and so forth until the Spout finally hove into view with an elderly man and a small boy standing beside it, and a smaller boy started trying to hurl himself down a rocky slope to join them. 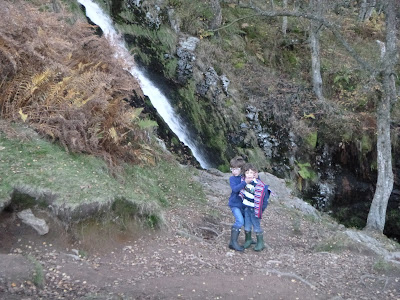 We took a commemorative photograph and made our way back to the car shortly before nightfall, with approximately half of us moaning all the way as we went. 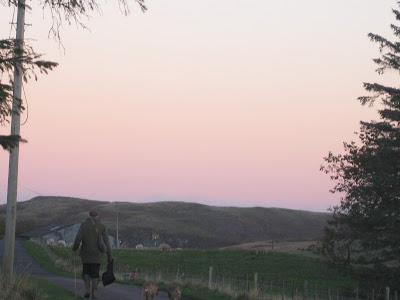