15st 11lb, 7.25 units. I have hated swimming pools since I was first introduced to one by Newcastle’s Royal Grammar School in 1962. Chlorine is one of the least appealing smells I know. Not least because of the certainty that it is only there to disguise the smell of other people’s wee. 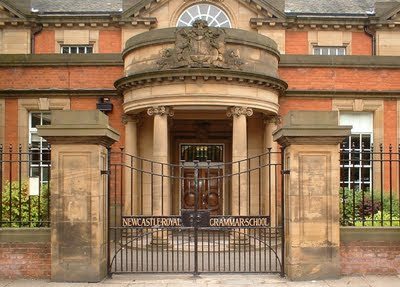 The baths at the RGS were made all the less appealing by being presided over by an elderly gentleman who would no doubt be appalled by any suggestion that he had paedophile tendencies. But since he is safely dead, let us at least consider why else he insisted on swimming lessons being conducted in the nude. One of the less convincing explanations offered at the time was that the fluff from a thousand boys’ swimming trunks would rapidly clog the pool’s filters. Even at eight years old, I was cynical enough to wonder how they coped with the one-piece costumes worn by the girls from the two adjacent schools that also used the facility. It was a grievous blow when I discovered that the “all off” rule did not apply to them. Indeed it still stands out as one of those major turning points when one is brought up sharply against the realization that life just isn’t fair.

I have been wondering ever since why none of our parents thought to say “Hang on, this is all a bit odd” and query what was going on. I suppose blind respect for authority was greater in those days than it is now.

As a result of this unsatisfactory experience, which left me unable to swim a stroke, I did not enter a swimming baths even as a spectator for more than 40 years after 1969, when swimming lessons ceased to be a compulsory part of the curriculum. I did rather a lot of spectating in the years before that, because I eventually discovered that I could do a reasonably convincing forgery of my mother’s handwriting and signature, and came in each week with a hugely implausible excuse, which was accepted because having a large, immobile white obstacle in the pool was presumably more trouble than it was worth.

The best thing that ever happened to me (apart from meeting Mrs H, obviously) was developing a verucca, one of those ingrowing warts which were endemic in the place. I don’t think I have ever lavished more loving care on any plant, animal, girlfriend or child than I devoted to nourishing and preserving it, because participation in swimming lessons was prohibited so long as it lasted. I was gutted when the bloody thing finally dropped out as I was paddling in the sea at Druridge Bay one weekend. I searched for it with a view to gluing it back, then successfully concealed its demise for weeks afterwards.

I also did a bit of spectating during wet lunch hours in my early years at junior school. I particularly remember one older boy who had the biggest whanger I have ever seen outside the ‘special interests’ section of a porn shop. He must have thrashed himself black and blue with the thing when he was bouncing up and down on the sprung board. I also distinctly remember … no, I can’t bring myself to write it, but let us just say that it led me to believe that large sections of “The Good Ship Venus” were firmly based on fact. I hope for his sake, and that of the human race in general, that this mighty contraption shrank rather than expanding in the conventional way when aroused.

Is that really the sort of thing any parent would want their eight-year-old to see during the lunch hour? That, or an elderly gentleman casually slapping boys on their bare arses and crying “Let’s go!” – in the name of education?

Anyway, all these reminiscences came crowding back today when I went, for the second time, to observe The Boy at his weekly swimming lesson. This takes place in a pool that is, rather spookily, the only extant facility at an otherwise abandoned boarding school for needy Jewish children. The smell is not quite as awful as I remember it and there were compensations, principally sitting next to a couple of yummy mummies in swimsuits while waiting for the class to start. The yummiest mummy was pencil thin and delicate looking, but her child looked like a budding heavyweight champion. I don’t think we shall be inviting her and her partner around to dinner.

After a considerable amount of communal singing and splashing around, The Boy spotted me at the poolside and said “Ayo, Daddy. I in Puddleducks.” Accurate as usual. No wonder that the health visitor, paying her annual visit earlier this morning, pronounced him to be “very bright”. I had suggested smearing his face with chocolate and training him to scream “Please don’t hit me again, Daddy!” to see whether our friendly State monitor investigated for signs of abuse, but as usual Mrs H vetoed my fun.

Afterwards we went to a pub for lunch. The Boy claimed to be very hungry, and ordered sausages with chips, baked beans and – very importantly – gravy. All came as instructed, and he ate about a quarter of it, then lost interest. We tried to persuade him to have more, but to no avail. Finally he agreed that the waiter could take his plate away.

No sooner had we got him into the car for the journey home than he announced “I want more dinner.”

His mother explained, very reasonably, that he could not have more dinner because the man had now taken his plate away and emptied its remaining contents into the bin.

His response was instantaneous: “I want more dinner RIGHT NOW.”

Where does he learn these useful phrases? No wonder that Mrs H, asked to describe her recent beach holiday in Majorca with our son, summarized it as “a bit like being on holiday with Hitler.”

But it occurs to me that I have failed to mention the most interesting thing about The Boy’s swimming lesson. At various points the toddlers were supposed to cling to their parent’s neck while Mummy swam around or under various obstacles. The yummy mummies managed what seemed, to my far from expert idea, a rather feeble breast stroke. But I could not help noticing that Mrs H’s feet never once left the bottom of the pool. I have a growing suspicion that her swimming skills are on a par with my own, so the sooner The Boy obtains a full life-saving qualification, the better.

Amusing , as always but I was wondering for a while where it all might be going.

I remember having to wear a wooly sort
of tank suit at early childhood swimming lessons. Soaked up water like a sponge creating enormous drag as one tried to move stretching out like the parachute
behind a jet landing on an aircraft carrier
(just smaller). Spandex, still decades away.

Abiding memory of swimming at the RGS was being lined up with my cohorts bending over a bench while the old paedo went down the line whacking everybody's arse with his sawn off Cricket bat - some of the injuries were quite horrifying. Only one of us to my knowledge had the balls to tell his parents. His dad threatened the perp (perv?) and said he would put the bat where the sun doesn't shine. 10 years there and that is my abiding memory. You say he is dead? Who weeps?