15st 10lb, 2.4 units. There was an article in this morning’s Times headlined “The 25 health warnings that you should never ignore”. Strangely it left out number 26: never, ever read articles about your health in the papers or on the internet, as they will scare the bejasus out of you.

The thing that did it for me was number three: “Aching legs. Premature furring up of the arteries dramatically increases the risk of stroke and heart attack and typically causes chest pain on exertion (angina). However, in many people it is the muscles of the legs that start complaining first. If you develop an ache (normally in the calves) brought on by walking and relieved by rest, tell your doctor.”

I’ve had aching legs for months now. Mainly at night. Sometimes they ache so much that they wake me up. During the day they don’t ache. They just feel as though they are not there. I often look down in surprise and see these boat-shaped objects conveying me forwards without any conscious direction from me. Bloody heavy my feet feel, too, as though they were shod in lead-lined deep-sea diving boots rather than traditional black brogues. 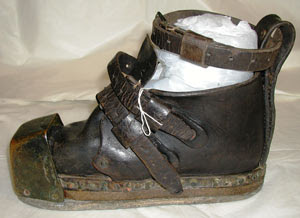 Funnily enough, I don’t remember anyone mentioning the leg thing as yet another symptom of heart failure during my various consultations earlier in the year.

Mrs H was out all day, helping her sister to choose a wedding dress, so I sat (or, to be strictly accurate, lay) at home on my own and brooded. The only positive conclusion I reached was that it would be a bloody good idea to lose some weight in order to reduce strain on the old ticker, and to help conserve wood if the worst comes to the worst and Mrs H has to splash out on a coffin.

That in turn means that it will be a good idea to revive my blog in the hope that recording my weight each morning provides some sort of incentive to keep it moving in the desired direction.