It's been two and a half weeks since our wedding, and we still haven't seen a single "official" photograph. But then my lovely and prudent bride decided to economize by appointing a keen amateur photographer rather than a professional. I mean he IS a professional. It's just that his profession has something to do with poultry rather than cameras. Though apparently he isn't actually a full-time chicken strangler, as I have been telling everyone who raised the subject of the mysteriously missing pictures with me. So there is no reason at all why the official album should be covered with blood, feathers and chicken manure when we pick it up after church on Sunday, as I have been cheerfully speculating. We are remarkably regular church-goers for a lapsed atheist and a woman described by a member of our wedding congregation as "a loose Muslim", I must say.

Anyway, to satisfy the curiosity of those who have been asking for them, and because I can't for the life of me work out how to upload the sodding things to Facebook, here are some "unofficial" wedding photographs, kindly sent to us by our friends and now shamelessly posted here in breach of the copyrights they forgot to remind us about. 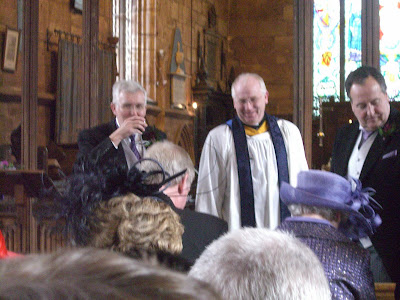 The groom fortifies himself with port before the ceremony, while the mad preacher tries to warm up the congregation 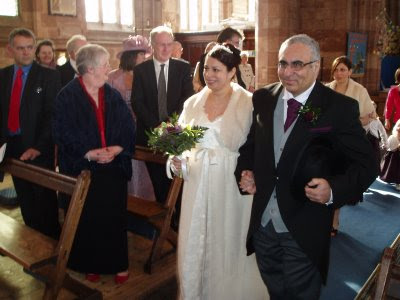 The beautiful bride arrives (she's the one on the left) 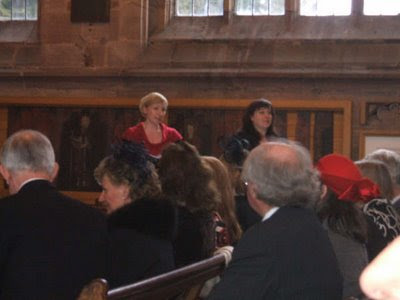 Some opera is sung while the registers are signed 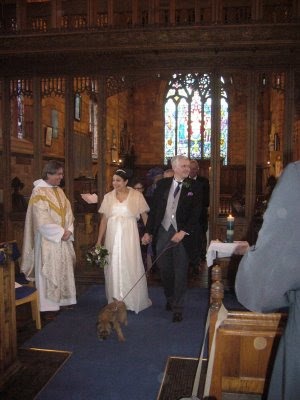 The happy couple are led past a beaming Rick the Vic by their enterprising page dog, as the triumphal march from Aida rings out 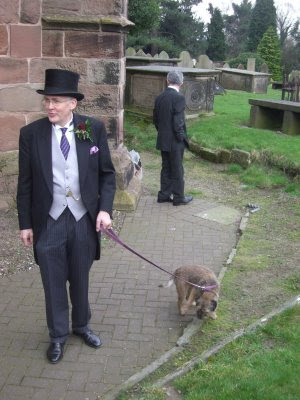 A brief interlude to exercise the page dog and wear my top hat, so that bringing it did not seem a total waste of time 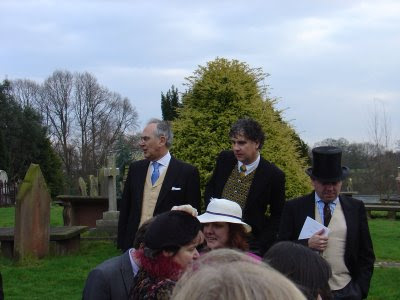 Where can they have got to? 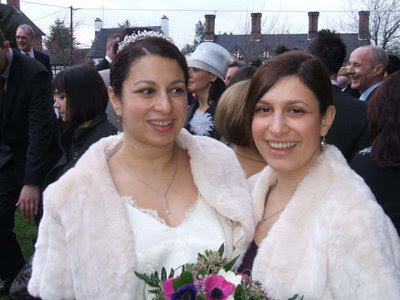 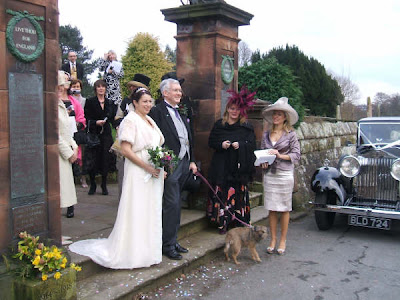 The still surprisingly happy couple depart; clearly the groom must have been on best behaviour for once 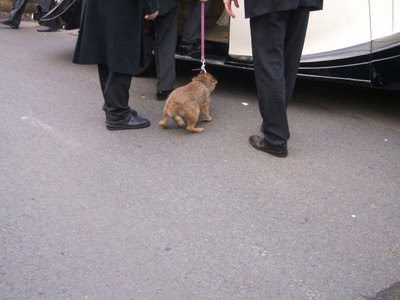 The delicious irony of this picture was that the chauffeur was almost as reluctant to allow Craster into his car as the Page Dog was to get into it. 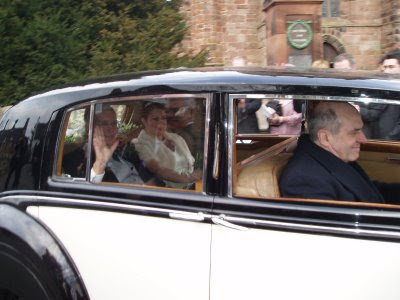 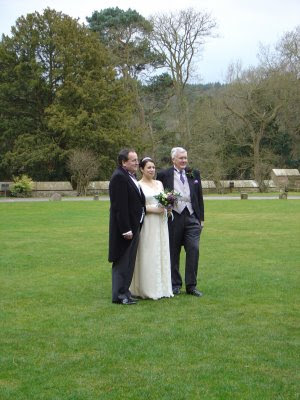 Some snaps on the lawn 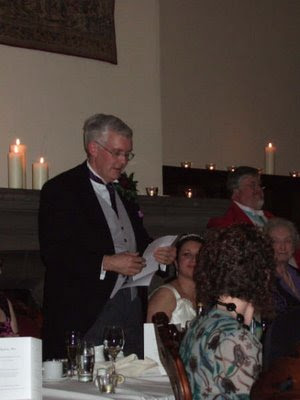 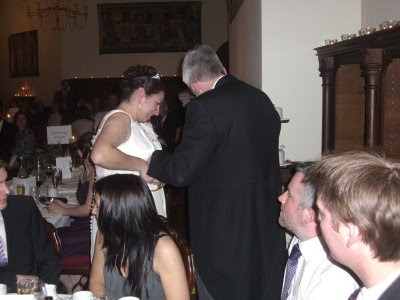 What bloody fool said you could cut a cake with a sword? 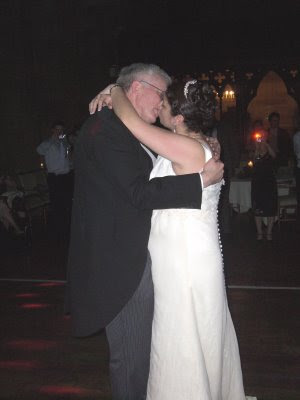 Quelle horreur: the dreaded spectacle of the First Dance 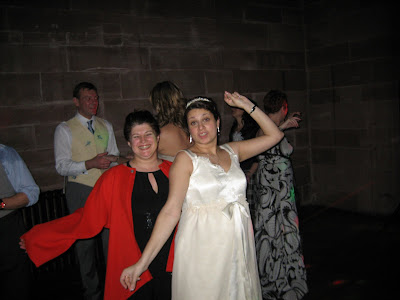