15st 4lb, zero units. There used to be a shop in Alnwick called Blind Design. Disappointingly, I think it sold blinds. I always preferred to imagine that a call to them would bring to your door a man with a white stick, who would recommend redecorating your house in hideously inappropriate psychedelic colours while his guide dog peed enthusiastically over the side of your sofa.

My own eyesight has been imperfect since I was at Cambridge 35 years ago. I first realized that I had a problem when a group of us went to see Barry Lyndon at the ABC. Discussing the film in the adjoining Wm Younger’s pub afterwards, I mentioned how much I had enjoyed Kubrick’s soft focus photography, whereupon someone gently pointed out that it was actually pin sharp. Shortly afterwards I was kitted out with a pair of those NHS glasses that traditionally came encased in pink plastic, but which looked quite fashionable if you stripped that off to reveal the goldish metal underneath. I have been wearing spectacles for distance vision ever since, except when I flirted with contact lenses for a while in the 1980s, after some well-meaning woman advised me that it would increase my chances of getting my leg over. Though not with her, obviously.

I can tell you now that it doesn’t work. Though I suppose if it had worked, it would have enabled me to enjoy a fuller and sharper view of the resulting sexual shenanigans than the blur that normally results after I have put my glasses down on the bedside table. (Wearing one’s glasses during sexual intercourse is surely a social faux pas to rank alongside leaving on one’s socks.) On the other hand, would this have been a good thing? In most cases, over the years, taking off my glasses has been one of the high points of the evening. Sometimes, only my always exaggerated fear of physical violence used to stop me from saying “Excuse me, I don’t suppose you happen to have a blindfold handy?”

This strikes me, incidentally, as a clinching argument against laser eye surgery. Quite apart from those centring on the chances of the bloke doing the procedure losing focus for a second while he specifies how many sugars he wants in his tea, and blinding you forever.

Anyway, the fact is that I don’t wear glasses around the house, except for watching television, but I always put them on when I go out. Only yesterday – on a beautiful, sunny afternoon, after two days trapped indoors by a combination of snow, sleet and the need to be never more than a ten second sprint from a functioning lavatory – I went out for a restorative walk and had gone almost two miles from the house when I reached up to adjust my glasses, after taking a picture, and found that I was not wearing them. My God, I whispered to myself, it’s a miracle! I am cured! I rushed home in high spirits, only partly to check whether my glasses really were there rather than lying crushed somewhere underfoot. Then I looked at the pictures I had taken, and realized that there were some features of the compositions that perhaps betrayed a lack of 20-20 vision. 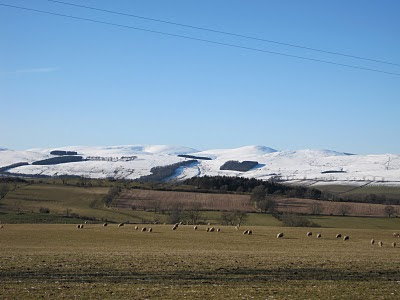 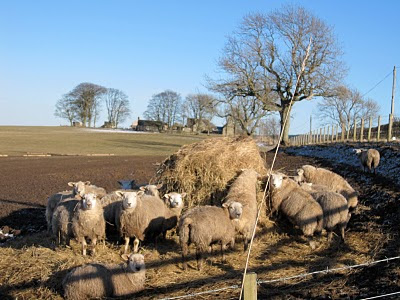 Would Snowdon or Bailey have made such a feature of the grass in the foreground?