Curls are for girls

Obviously the Hanns occupy a progressive household in which huge efforts are made to avoid sexual stereotyping. Nevertheless our boys manfully persist in playing with model trains, cars and farm animals rather than dolls. Though they do at least make an occasional stab at cooking, both with plastic ingredients and with the real thing.

Reports from families blessed with daughters suggest that they face far greater challenges in persuading their little charges to eschew pink and take an interest in things mechanical rather than furry and frilly. One of Mrs Hann’s contemporaries was reduced to mild despair last week when her five-year-old daughter announced, with the know-all air of everyone her age: “Don’t be silly, Mummy. I can’t be a doctor. I’m a girl. I have to be a nurse.”

Still, at least we continue to strike one outstanding blow for equality. Best described by the long-suffering Northumbrian who had the misfortune to follow my family around a series of shops in Rothbury a couple of weeks ago. As the circus created havoc in the queue for the till at the Co-op, he said to Mrs Hann sympathetically:

“Ye knaa, it could’ve been worse. Ye could have had two boys!”

“I have got two boys,” Mrs Hann replied rather coldly, at the same time making a mental note that it was probably time to do something about the younger boy’s hairstyle, which lies at the root of the recurring confusion.

Like his elder brother (and indeed his father at a similar age) young Jamie had at that time a full head of winsome blond curls. Charlie and I both had haircuts that did for ours when we were two or thereabouts. Up to now Jamie has resisted, clasping his hands to his head and crying “No my hair!” when anyone suggests applying some clippers to it.

The photograph that graced my last entry was actually taken as long ago as last September, and was chosen because it was the only photograph I had to hand of him with his chief comforter Ni-ni (pronounced to rhyme with pi or, for that matter, pie. He chose the name himself because his mother handed the thing to him last thing every evening with the words “Night night” and he reasonably assumed that this was the name of the toy.)

Until Saturday morning he looked like this, with curls so long that they could easily be made into a pigtail: 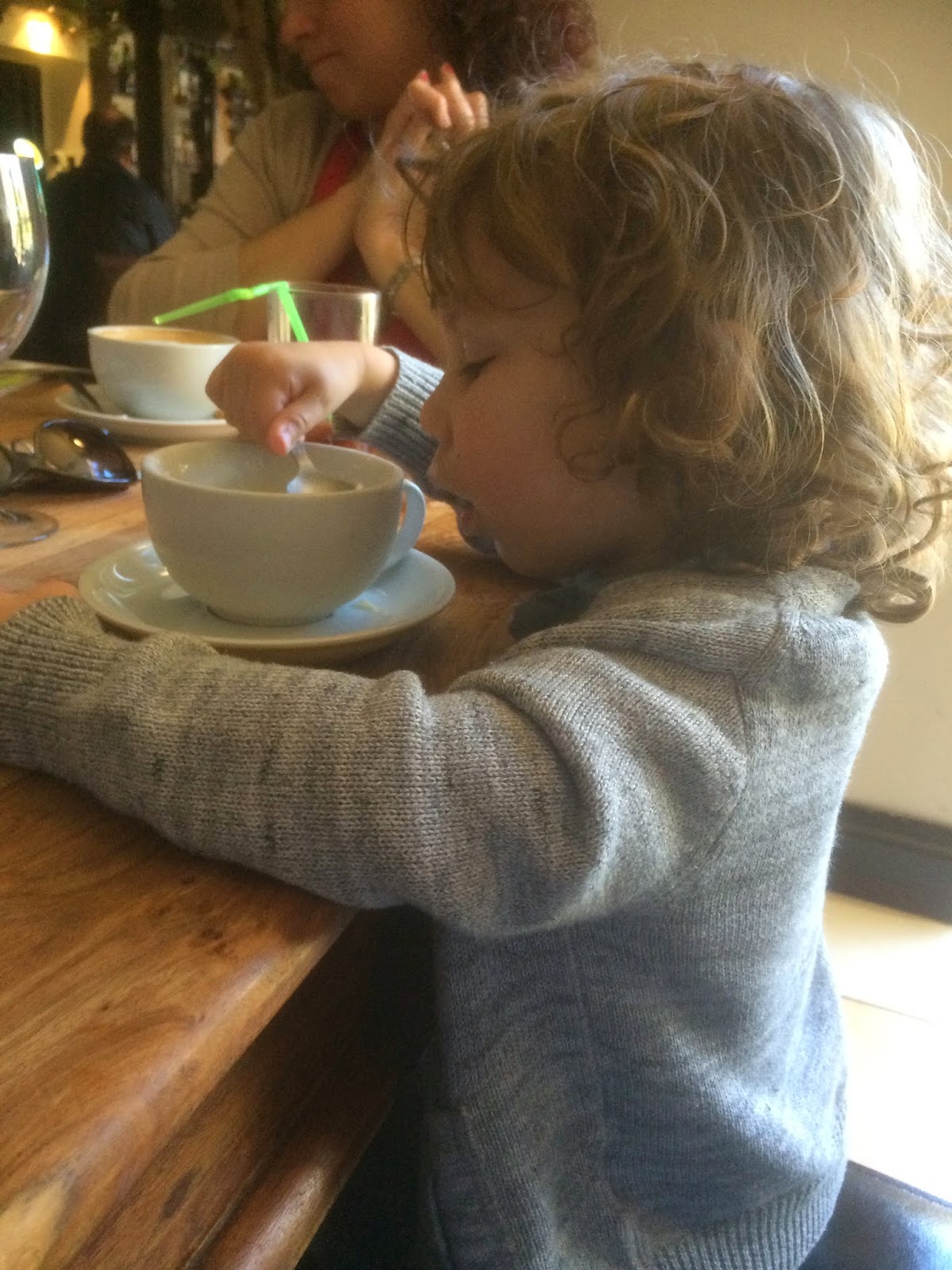 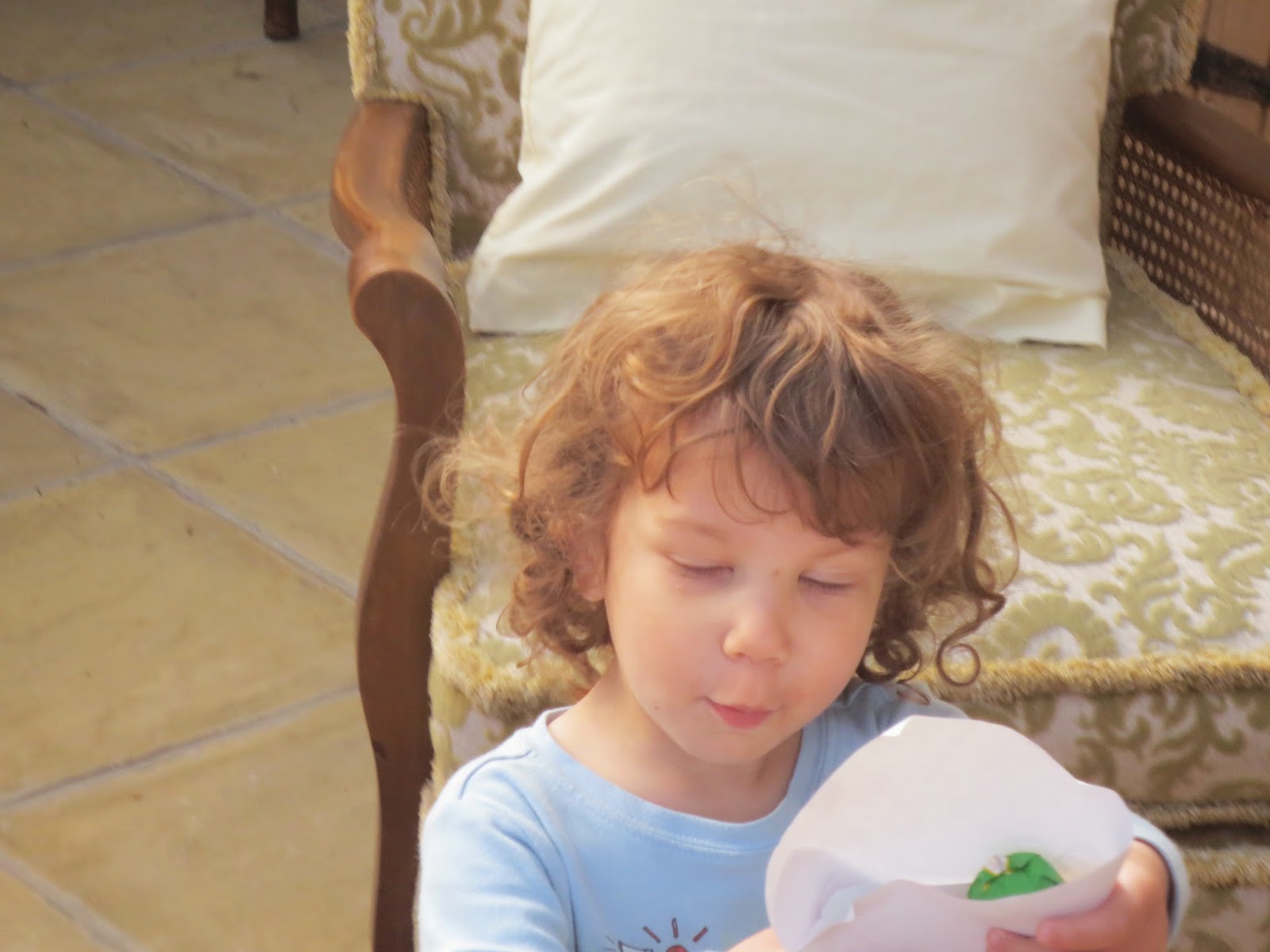 And then on Saturday Mrs Hann took him to the hairdresser, with her heart hardened to resist his protests and turn him into a stereotypically short-haired boy.

At this point I intended to follow the above “before” shot with an “after” photo. But as it turns out I don’t actually need to bother you with that, because only a real expert would be able to tell the difference.

This is because Jamie kicked up such a monumental fuss that it was decided by all concerned that it would be easier just to leave his hair long until he himself decides the time is right to make it otherwise.

Shoppers of Rothbury and Malpas please be warned that the pretty little blonde girl in the dungarees may actually be a boy, particularly if he is holding hands with a white-haired Operation Yewtree suspect who is pretending to be his father.