I didn't do anything in my pants

15st 10lb, zero units. Back in 2008 I used to count down the remaining days of my life at the start of each entry in this blog. There were more than 1,200 of them left, then. It was hardly a worry. But if deathclock.com had got it right, I should have died last Saturday. 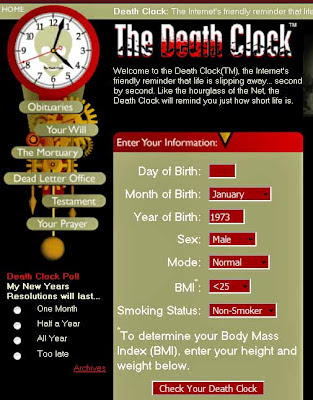 I thought it was in with a late chance when I developed a mysterious lump on my jaw in early January, which my GP considered worth referring to a consultant who in turn felt that it merited a scan and a biopsy, though clearly it would have needed to be a particularly vicious form of cancer to polish me off in just four weeks. As it was, the lump vanished completely before anyone could even take a sample of it, and I have decided to give up trying to predict when I am going to die. There is enough going on in life at present to keep me occupied. 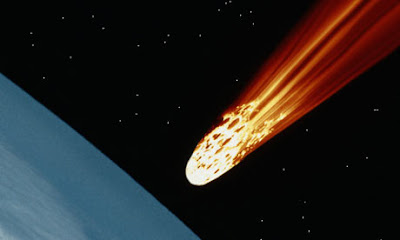 The main lesson I need to learn (and I have been working on this for decades, without success) is the importance of constantly reminding myself that we only live once, and not for long, and that it is therefore important to GET ON WITH IT. Like many, I have a nasty tendency to approach life as a whole as I do most individual days: with a stack of things to do, but plenty of time to get through them, so why not have a nice cup of tea and a look at the papers before I get started, then perhaps a glance at Twitter and Facebook and a check on one or two other websites? After which it is always good to go through my various inboxes and send what are supposed to be hilarious replies to my personal correspondents. Then it’s almost time for lunch, so it’s clearly not worth starting work until after that. And in the afternoon – well, I’m a bit tired now and I would undoubtedly get the work done in half the time if I started it when I was nice and fresh in the morning, so why not do a little more of that morning stuff? And maybe write an entry for a long neglected blog?

The net effect of which is that it is time for home and Coronation Street before I know it, with nothing particularly useful accomplished. Which is not how I want to feel when the tap on the window proves to be caused by a bloke in a black hood clumsily wielding a scythe.

But now let us turn to the current mood in the Bloke in the North household, which can best be described as “apprehensive”. Thanks to the entirely characteristic Hann stubbornness displayed by my forthcoming second son, who remains resolutely stuck in the breech position, Mrs H is scheduled to go into hospital on Sunday in preparation for a Caesarean section on Tuesday. Valentine’s Day. The reasons for this slightly bizarre choice of date were covered in my newspaper column on Tuesday, so I shall not repeat them here.

I was fully with her on that.

She asked me whether I would like to be with her in the operating theatre, so that I could hold her hand during the Caesarean. I enquired, in response, whether she would like to be in an operating theatre with me if I were having my appendix out, and we swiftly established that she would not. That summed up pretty much how I felt about being around for her. I have had a horror of operating theatres ever since I had my tonsils clumsily removed in one at the old Throat, Nose and Ear Hospital in Newcastle’s Rye Hill 50-odd years ago. The only half-persuasive counter-argument I have heard is the one advanced by male friends who have sat through both natural childbirth and Caesareans, and confirm that the latter is considerably less likely to put a chap off his breakfast. We shall see.

Meanwhile, The Boy is also showing clear signs of nervousness, despite our best efforts to get him feeling involved and enthused.

“What shall we call the baby, Charlie?”

“We think Jamie’s quite a nice name. Shall we call him Jamie?”

“No, I think we call him de brudder.”

Every now and then he picks up a clearly knackered toy car that is fit only for the bin, and generously announces that de brudder can have it.

On Tuesday I drove him into his nursery on my own for the first time, to get him used to the idea since I will inevitably be doing this rather a lot during the weeks that Mrs H is unable to drive as she recuperates from surgery.

When there are three of us in the car he usually keeps up a more or less constant flow of banter, commenting on passing vehicles (with special emphasis on trucks, tractors and Land Rovers) and the animals in the fields, and offering invaluable snippets of driving advice, such as:

or: “Come on, Mummy. Catch the truck and go past it.” (No tick, as usually uttered on a blind bend, or when there is row of monster lorries approaching in the opposite direction.)

But when there were just the two of us, I was treated to 45 minutes of more or less complete silence, apart from one “Where Mummy?” and a couple of “Not that one”s to less favoured tracks on his Poppy and Sam story CD, which I now know more or less off by heart. (I reckon that Mrs Boot the farmer is having a torrid affair with Ted the halfwitted tractor driver, but have not shared that insight with The Boy. Yet.) 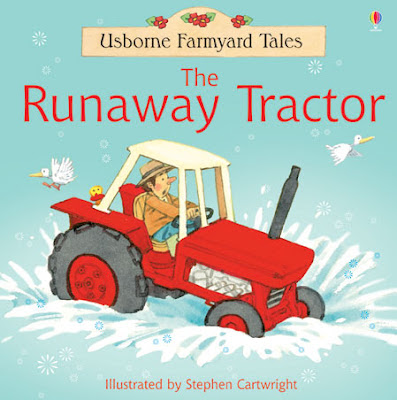 When we finally pulled into the car park he removed his seatbelt, looked me in the face with a very serious expression and announced “I didn’t do anything in my pants.” This is not something he has ever said before. It took me until lunch, which I shared with a couple of colleagues, for its true import to be revealed to me by the man who, before he discovered chartered surveying, was a professional racing driver.

It was, he pointed out, the finest testimonial to my driving skills that I was ever likely to hear, and one that he had himself been longing to hear for more than a decade, but for which he was still waiting.

I suppose I should have expected some such sign of intelligent appreciation from The Boy, whose growing vocabulary remains a daily source of fascination. A few months ago we acquired a cat (hereinafter called The Cat), as an inevitably inadequate replacement for Mrs H’s sadly deceased pair of moggies. She (The Cat, not Mrs H) had been languishing in our usual cattery / kennels for months, while a not very old lady with Alzheimer’s agonised over what to do with her. Or, more likely, kept forgetting that she (the cat, not the old lady, though in this case I suppose it could well be both) existed. She had certainly not been able to remember whether she had fed the bloody thing for quite some time, as a result of which it had ballooned to literally double the weight it ought to be. We have been systematically starving her ever since, under veterinary supervision. Meanwhile, to add to the joy of her life, she is barked at and chased by a Border terrier on a daily basis, and has a small boy periodically hurling himself on top of her and subjecting her to a bear hug. She has not scratched him yet, from which we may conclude that, whatever else one might say against her, and “fat” springs ineluctably to mind, she has at least got a sweetly forgiving nature. 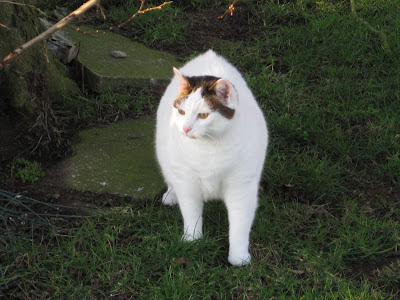 The Boy holds her in high regard. “Melody, you’re amazing,” he announced the other morning, which will make more sense when I tell you that the not-so-old lady with Alzheimer’s named her cat Melody.

He clearly liked the sound of it, for he said it more than once.

Mrs H, in training for having two sons, looked to introduce a bit of balance, and asked him whether Craster (The Dog) was amazing, too.

He thought about it and declared, “Craster amazing – but in a different way.”

Such profundity at a mere two and a half. I do believe we have a genius in the making, or at any rate one whose gnomic pronouncements on the great issues of the day can be published to the delight of the gullible, ideally in return for ready money.

Love this description of such domestic bliss at the Hann's. You are too much.
And Melody is a lovely addition... and just what was needed :~)

Keeping you all in my thoughts and prayers with special mention for Mrs. Hann and "de brudder" straight through Valentine's Day.

laughing out loud (and snorting some tea down me nose) whilst reading this.
good luck with de brudder, the cat, the dog and all. not forgetting the most important; de mudder.