We went to the perfect wedding yesterday. Which is a pretty remarkable thing for me to write, given that I normally don’t like weddings at all.

My age and outlook have combined to give me a decided preference for funerals, where there is usually the chance of joining in a rousing hymn or two, and an even better excuse for getting drunk after the service.

Added to which, I was effectively banned from attending weddings for some years after I was deemed to have behaved so appallingly anti-socially at one in particular that I couldn’t be trusted to go to any others.

This one, though, was very special. Held on the lawn of a lovely hotel in Sussex, it benefited from perfect weather, a gorgeous bride, handsome groom, world class music and some very entertaining fellow guests. 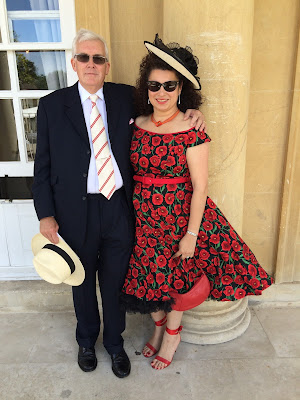 I particularly enjoyed talking to the elderly great aunt who believed that everyone in the world who aspired to receive a British tourist in their country should learn to speak English. While over the wedding breakfast I derived great pleasure and comfort from the company of the distinguished (knighthood, FRS) scientist whose travel ambitions were strictly limited to the occasional outing from his palatial home in Cambridge to his moated manor house in Suffolk. An approach to “abroad” curiously similar to my own.

There were some excellent and heartfelt speeches, too, particularly from my godson the groom. He told the company that he was ignoring a strict instruction from his bride to talk for no more than five minutes, and was taking as his model the 25 minute speech I had delivered at my own wedding.

I was later moved to check my wedding script, and found that it should have taken no more than 17 minutes to deliver, even allowing for drunken stumbles and pauses to allow the gales of appreciative laughter to wash over. Clearly it just seemed like 25 minutes to those in my audience.

Email ThisBlogThis!Share to TwitterShare to FacebookShare to Pinterest
Labels: wedding